How to Get More Sex Using Adult Dating Sites

There are many ways that people have attempted to bring world peace to the masses of planet Earth. We have tried countries and treaties, politics and negotiation have filed to manifest it, declaring war to try and control the populace as a whole has never worked. There is one thing that I think would make the most powerful effect – ensure that everyone is having sex. More sex in the world would result in more happy people. Happy people don’t make war, they come to compromise more easily, and they are nice to everyone around them. If there is one thing that could cause world peace, it is everyone being nice to everyone else, and I think that having more sex makes everyone nicer! So with that in mind, in my bid to help world peace, I am going to show you how you can get more sex by using adult dating websites. 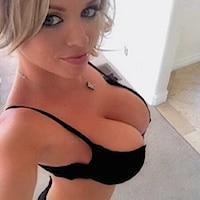 The problem with meeting people in the real world

With online dating, you cut straight to whether they want to have sex

With online dating, you get to cut straight to whether they want to have sex. This means that you don’t waste any time or energy on someone who is uninterested or unavailable, you only spend time and effort talking to someone who really does want to have sex. As you are both on the same page now, you then can move straight to whether you would get on, and if you do get on then clearly you are going to sleep with each other.

So given that the sex is near guaranteed if you meet up, how do you get to that stage you wonder? Well the key is once you have signed up, send a lot of messages. It is all about volume. The more messages that you send, the more likely you are to chat to someone that you are going to vibe with. So go for quantity of messages over spending time writing a page long message to one person. Send a couple of sentences, that is all you need to do. No more.

Go for the meet in person sooner rather than later

There are a number of people that will never meet in person, but they like to chat. You can avoid this by making sure that when you start chatting, go for the face to face meeting sooner rather than later.